Our next stop on the great museum tour of 2013 was in Manchester, NH.  The SEE Science Center, housed inside one of the old turn-of-the-century Amoskeag mill buildings, has a fascinating collection of hands-on science for all ages, not to mention a gigantic Lego model of Manchester and her mills, built to represent what you would see in 1900. Over three million Lego bricks, and who knows how many thousands of hours went into building this massive cityscape that includes over 8,000 Lego People, is over 70 feet long, 25 feet wide and has two working rail systems.  If, like myself, you spent much of your childhood assembling, destroying and rebuilding Lego creations, a visit to SEE is certainly a treat.

A bit about the mills that this awesome Lego model showcases:
The Amoskeag Manufacturing Company, founded in 1810 (the same year Derryfield changed its name to Manchester, after the English town known as the birthplace of the Industrial Revolution), would eventually build the world’s largest textile company with over 20 mills lining the shores and canals of the Merrimack River.  At its peak, it employed over 17,000 people, had 5.8 million square feet of floorspace, and boasted the world’s largest single cotton mill, stretching over 900 feet long and containing 4000 looms.*   Unfortunately, with the end of “The War to End all War” (Spoiler – it didn’t), the decline of the US economy, and the rise of labor, the mill slowly died, and in 1935, closed its doors for the last time.  As if this were not enough, the great flood of ’36 ended any hopes of a revival of the textile trade in Manchester.

But doom and gloom aside, Manchester survived, and the mills, which stood laregely abandoned for decades, have become upscale housing, retail, and even museums – not unlike the SEE Science Center.  But the real burning question is; since the model of the mills is in one of the mills, does the model have a model in it?  The world may never know!  As always, enjoy – and of course, feel free to download as HD desktop wallpaper below! 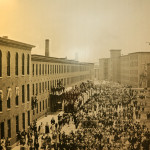 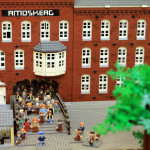 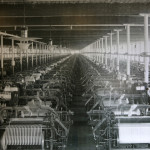 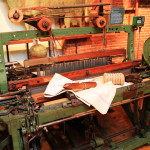 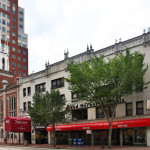 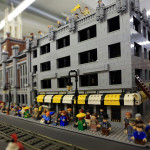 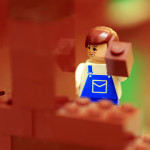 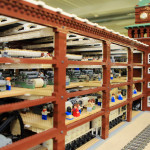 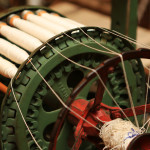 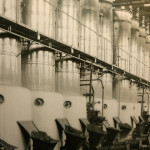 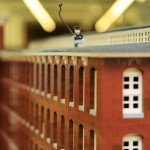 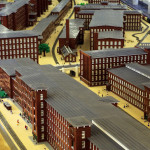 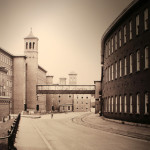 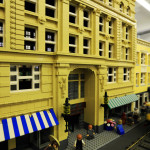 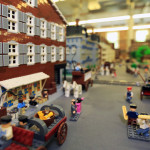 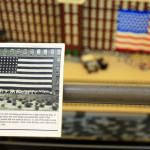 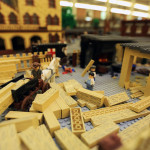