Late last week, we had the pleasure of spending a night along Georgia’s beautiful Golden Isles before photographing the Days Inn Jekyll Island to help them highlight their newly remodeled rooms. The evening happened to coincide with the Alpha Monocerotids meteor shower which promised to deliver up to 400 shooting starts per hour as the earth briefly passed through the debris field of this ancient comet. Add to that an absolutely stunning sunset and sunrise, and the night’s session certainly warranted our “Fire in the Sky” moniker. Here’s just a sampling of the over 100 fine art images we captured – but please feel free to visit our full collection from Jekyll Island here.

END_OF_DOCUMENT_TOKEN_TO_BE_REPLACED

It’s amazing the difference a day makes!  Welcome to part two of our California Fine Art posts – The Fire Storm…

Not 24 hours after arriving in Carlsbad to clear blue skies and the warm Santa Ana winds, we found ourselves standing outside the resort, staring at a gigantic cloud of smoke and ash.  Less than a mile from where we were staying in Carlsbad, a wildfire had pooped up and was quickly growing thanks to those winds.  Within hours, our resort was calling for a full evacuation.  Before long, we were on the road and taking a few pictures as we went.  The sheer magnitude of the fire was both beautiful and scary. But, we made it out safe and sound and not smelling too much of smoke – and despite the fire being so large and growing so quickly, no one was injured and only a few homes were impacted.  Please feel free to enjoy these 1080P HD desktop wallpapers and be sure to stay tuned in the next few days for some cityscapes, sunsets and mountains from our California adventure!

Check out all the fun in the galley below!   As always, please feel free to download – and if you enjoy our photos, please share this blog with your friends and help us get the word out! 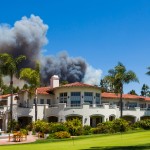 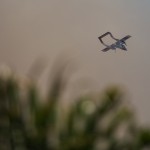 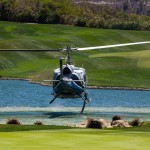 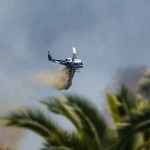 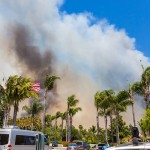 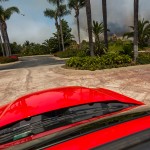 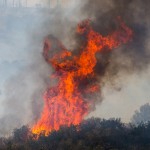 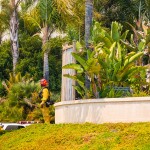 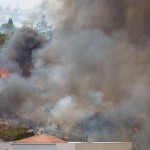 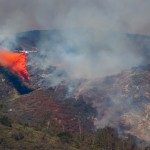 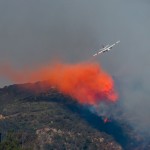 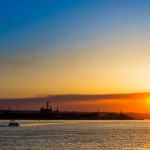 TO DOWNLOAD PHOTOS: simply click on the photo you like from the gallery.  Once opened, click “view full resolution”, located on the bottom right part of the screen.  Once the full resolution image loads, simply right click and select “Save As” to save it to your computer.

As you can see from the photo above, we had quite an adventure shooting the Daytona 500 last night!   The race, which was delayed over 30 hours due to rain (the first time in its 54 year history the race was not run on Sunday), was marked by events that could have been straight out of the grainy, black and white world of the Twilight Zone.

The race itself, promised to be exciting when just one lap into the race, a large crash collected several cars.  But before long, the race was going full bore, with very little in the way of incidents and with everyone for the most part staying in line and waiting for the last run.  But that was all about to change…

At lap 160, while the caution was out, the 42 Target car was on the back stretch catching up to the pack.  Just before entering turn 3, something broke in the rear of the car, sending it spinning out of control – and directly toward one of the jet dryer trucks that was slowly circling the track.  I just happened to be looking in that direction, and saw a massive fireball erupt as the two vehicles met.  I quickly grabbed my 100-400 and took the following series of images.  The first is just a second or two after impact, before the jet fuel ignited.  As you can see, the damage doesn’t look all that severer.  The second image is shortly after the fire crew arrived.  The third image is after the fire has been put out – you can clearly see the destruction.

Below are my favorite photos from this very unique race!

All the photos can be downloaded for free as HD desktop wallpaper.  Simply click on a photo below, click on the permalink (bottom right), save the HD wallpaper by right clicking the “1280×720” link, and selecting save as. 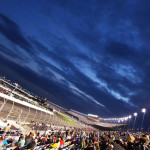 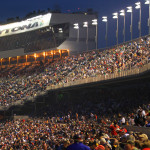 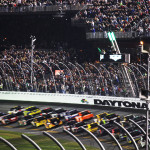 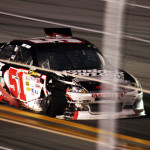 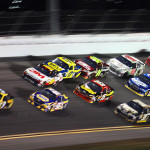 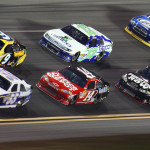 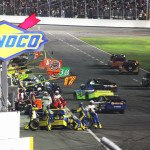 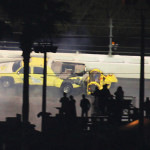 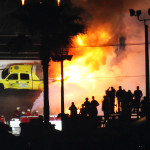 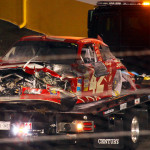 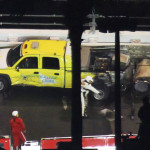 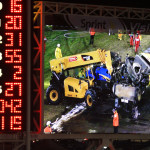 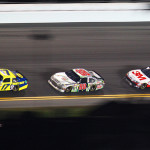 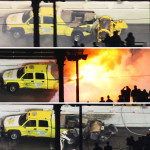