Today, I found out from a friend that they have begun to dismantle the Memorial Bridge.  If you’re not from the Seacoast of New Hampshire, its just another old bridge, well past its prime, but for those who grew up around this iconic bridge, it feels like the end of an era.

The bridge fist began to take shape during the summer of 1920, and on August 17, 1923 the bridge opened for traffic.  When built, it had the world’s longest lifting span, at 300ft and was dedicated as a “”Memorial to the Sailors and Soldiers of New Hampshire who participated in the World War 1917-1919.”

Autobiographically, I can still remember the sensation of riding my 10 speed across the grating, heart racing as I tried to stay on two wheels while riding on the steel grating of the center span.  I was always quite relieved to make it to the other side in one piece.  But that was the joy of the bridge – it was a bit of an adventure.  As I got older, I moved from two wheels to four – and driving my old Triumph TR-6 over the bridge – with the towers rising high above and the water rushing below is still a very visceral memory.

However, over the last several years, the bridge has not fared well.  At nearly 90 years old, the bridge was beginning to crack and break despite the efforts of NH and ME work crews to keep her up.  In the end, the decision was made to dismantle the bridge and replace it with something more modern.  Really, there was no other choice.

Thankfully, over the last few years, I have had the opportunity to photograph the bridge.  Here are some of my favorites – in 1080P and perfect for your desktop wallpaper.  Enjoy! 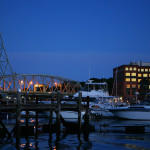 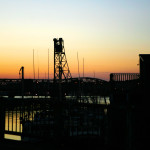 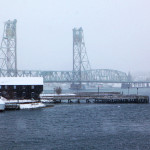 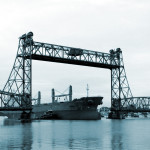 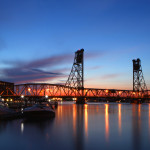 0 comments to Remembering the Memorial Bridge